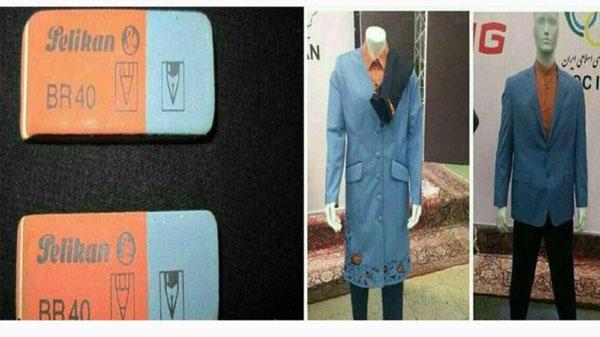 More than one billion people around the world are expected to watch the cream of the globe's athletes take part in the opening ceremony of the 2016 Olympic Games in Rio on 5 August.

So it's no wonder that leading fashion brands have been keen to design uniforms for their country's Olympians. Historically, the likes of Giorgio Armani, Ralph Lauren and Stella McCartney have threaded their expensive needles and sewed furiously through the night (we'd like to think) to create designs for their nation's athletes.

We imagine that when traditional Georgian clothing manufacturer Samoseli Pirveli got a call to design the look of the nation's Olympians for the opening ceremony, the brand must have thought it was a career high-point.

However, many Georgians did not agree. So much so that more than 6,000 have now signed an online petition, against the firm's designs for the Georgian national team. 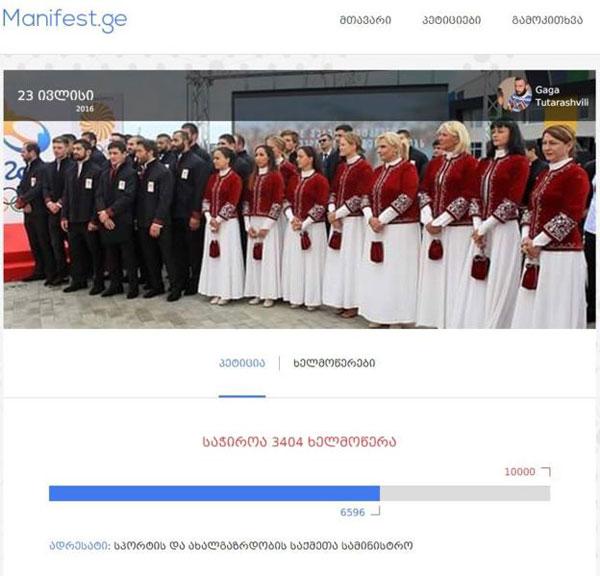 Much of the criticism stems from the fact the outfits for female team members take their inspiration from the national costume, the Chokha. Worn by Georgians for over a thousand years, it has since started making a comeback.

Samoseli Pirveli said that its design is a modern version of the Chokha. Female athletes are in long white dresses and dark red jackets and small hats and hold dark red purses, while men wear black suits with dark red frilling. Striking, certainly. But appropriate for a sporting event in Brazil? Social media did not think so.

University Professor Merab Basilaia joked that perhaps the designs covered so much skin in order to protect the athletes from the mosquito-borne Zika virus. Politician Zviad Kvachantiradze called the design "tasteless" and worried that it would make "the whole world laugh at Georgia." Similarly, the former Foreign Minister Salome Zourabichvili described the look as "neither sporty, nor Georgian".

One of the rare voices appealing for calm was Vasil Maghlaperidze, political commentator and producer of one of the programmes on the GDS TV station.

"Everybody agrees that this is not a good uniform," he said in his Facebook post. "Let us now think about not putting our sportsmen in bad mood and sending them to Rio looking gloomy."

Samoseli Pirveli hit back, saying that its design was true of authentic Georgian culture.

However, the company got off lightly compared to Mahnza Armin who came up with the original design for Iran. Such has been the backlash that Iranian officials say they will re-design their team's opening ceremony outfits after the outcry over its "poor design".

The widely-shared meme at the top of this article not too subtly likens the uniforms to Pelikan erasers. One of those drawing the comparison was the prominent actor and presenter, Rambod Javan. He put the picture on Instagram in a post which received more than 130,000 likes. It came with the caption: "A great well done to our officials for their choice of designer. Our athletes make lots of effort and gain glory but they are sent to the Olympics in such way."

"It is really disgraceful! They were so ugly that I didn't feel like putting their pictures on this page," wrote well-known actor Reza Kianian. Another social media user on Telegram said that the design was so bad, the Islamic State group must be involved; 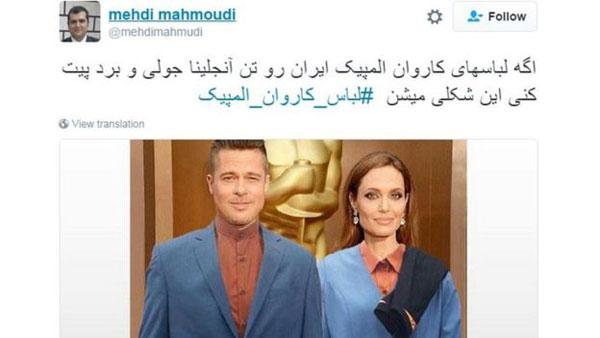 Harsh words. And some have suggested that actually the designs wouldn't look so bad on the right people.

However, even some photoshopped Hollywood glamour has not halted the tide of criticism. Neither has the statement by the designer, Mahnza Armin, that the design and composition of colours signify peace and friendship.