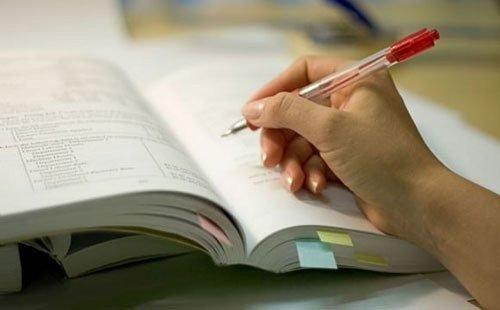 Many of the goods and services we depend on daily are now supplied by intelligent, automated machines rather than human beings. Robots build cars and other goods on assembly lines, where once there were human workers. Many of our phone conversations are now conducted not with people but with sophisticated technologies. We can now buy goods at a variety of stores without the help of a human cashier. Automation is generally seen as a sign of progress, but what is lost when we replace humans with machines? Given the accelerating variety and prevalence of intelligent machines, it is worth examining the implications and meaning of their presence in our lives.

Read and carefully consider these perspectives. Each suggests a particular way of thinking about the increasing presence of intelligent machines.

What we lose with the replacement of people by machines is some part of our own humanity. Even our mundane daily encounters no longer require from us basic courtesy, respect, and tolerance for other people. Machines are good at low-skill, repetitive jobs, and at high-speed, extremely precise jobs. In both cases they work better than humans. This efficiency leads to a more prosperous and progressive world for everyone. Intelligent machines challenge our long-standing ideas about what humans are or can be. This is good because it pushes both humans and machines toward new, unimagined possibilities.

Write a unified, coherent essay in which you evaluate multiple perspectives on the increasing presence of intelligent machines. In your essay, be sure to:

•analyze and evaluate the perspectives given

•state and develop your own perspective on the issue

•explain the relationship between your perspective and those given

Your perspective may be in full agreement with any of the others, in partial agreement, or wholly different. Whatever the case, support your ideas with logical reasoning and detailed, persuasive examples.

As technology improves, and more and more tasks are completed by machines instead of humans, the question is no longer about what we can do with machines, but rather what we should. Although the usage of machines increases efficiency and our standard of living, it detracts from the value of human life.

As machines increasingly perform all our basic tasks, society is able to produce more. The additional production adds material value to our society and frees people up from these low-skill tasks. This is in agreement with Perspective Two which claims that this industrialization leads to more prosperity.// For example, in the 18th century, short-staple cotton that was grown in the Southern United States required an immense amount of labor in order to separate the seeds from the fiber to process the cotton to make it marketable. However, in the mid-19th century, Eli Whitney, an American entrepreneur, invented the cotton gin, which allowed for automation of cotton processing. This machine replaced the need of a large work force for the process and greatly improved production. As a result of the cotton gin, short-staple cotton production skyrocketed, increasing by more than 10 times in the South while bringing prosperity to the region and setting in motion a new industrial era in America. This is in agreement with Perspective Three, which says that mechanization allows for “unimagined possibilities”. Although there are clearly many advantages to industrialization, there are also some heavy drawbacks.

The replacement of humans by machines leads to the loss of value to human life, an effect that outweighs the material gains of automation. The search to find human tasks that can be performed by machines inevitably leads to comparisons between the human and the machine.// If a company executive wants to see if a inventory management team can be replaced by a robotic system, he will compare the two and determine which can do a better job. When this occurs, the people on the team are evaluated not for their worth as human beings, but for their effectiveness at performing a specific function—in essence, as we would evaluate a machine. In a larger sense, when we begin to think about humans in this way, the worth of a person’s life becomes dependent on only what they can do and no longer has any intrinsic value. As Perspective One states, we begin to lose our humanity. This new mindset and way of evaluating people, though seemingly harmless in the workplace, is devastating when it begins to pervade a society. If a person is judged only on his or her capability, there is no reason for a person to remain after they have served their function. This would warrant genocide against the elderly and the disabled because their burden on society would not be made up for by any production. Although the machines may seem to only fulfill the low skill jobs at the moment, there is no barrier to prevent the machines from replacing more. As the machines increase in intelligence, they will replace any tasks done by humans and render us unnecessary and worthless.

Due to the risks of dehumanization, the material benefits of machines are not enough to justify its increasing presence.