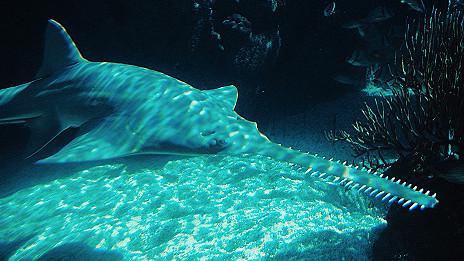 The sawfish, a cousin of the shark, is an endangered species

Despite growing up to 12 feet in length with a vicious-looking snout, the smalltooth sawfish is critically endangered. Researchers from Stony Brook University in New York were doing a survey of the creatures to check on their genetic diversity.

They were surprised to find seven female fish that had no sign of a genetic father. They were all daughters of a virgin birth or parthenogenesis – this bizarre mechanism in which embryo grows from an unfertilised egg may be more common than scientists thought.

In captivity, sharks, reptiles and turkeys have all been known to surprise zookeepers and farmers with virgin births. But these fish are the first vertebrate virgin offspring ever found in the wild.