Sleepless in the 21st century 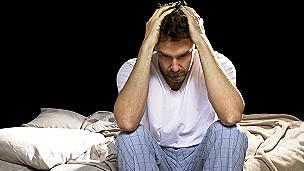 Have you tried counting sheep?

It's early in the morning and I've hardly caught any shuteye. My breakfast of scrambled eggs and strong coffee will keep me alert before lunch. After lunch, I'll brace myself for an afternoon of yawning and feeling cranky in the office.

But I'm not alone. We all seem to be yawning more often. Are we turning into a generation of insomniacs? How is modern life affecting our sleep patterns?

We can start by blaming the light bulb and other forms of artificial illumination. Experts say that on average people go to bed and wake up two hours later than the previous generation. Then, there are the computers. Research led by Professor Charles Czeisler of Harvard Medical School has shown that people who read electronic books before going to bed take longer to nod off. They have lower levels of melatonin - the hormone that regulates our body's internal clock. And they're less alert in the morning.

Professor Czeisler said: "In the past 50 years, there's been a decline in average sleep duration and quality. Since more people are choosing electronic devices for reading, communication and entertainment, particularly children and adolescents who already experience significant sleep loss, epidemiological research evaluating the long-term consequences of these devices on health and safety is urgently needed."

So the first thing to do if you want to have a restful night is to leave computers out of the bedroom. Avoid alcohol, as it might reduce our cycles of REM sleep – this is the 'rapid eye movement' sleep, when our brains process the information we received during the day. It disrupts your brain activity. And don't eat nuts, bacon and cheese in the evening. They contain a substance which triggers the release of a brain stimulant.

After that, if you still can't sleep, start counting sheep. Maybe that's the best technique to avoid another afternoon of yawning in the office.