Asia's school top of the class 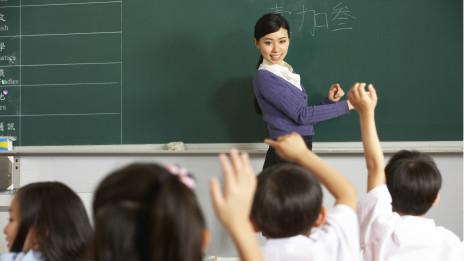 Why are some schools in Asia top of the class for learning?

It's claimed if you want to see the economy of tomorrow look at the school system of today. And that's going to be good news for some Asian countries with the world's highest performing education systems.

Here in Singapore, teenagers are at the top of the biggest ever global comparison of ability in maths and science. The country has worked hard to create a workforce ready for the global economy. Using English as the teaching language and investing in keeping its teachers skills up to date.

The league tables also show a strong performance by schools in Hong Kong in second place, South Korea third and Japan in fourth place. And there are some surprises – Vietnam another Asian success story – comes twelfth – racing past the United States in 29th position.

But some countries are less impressive. Sweden, which used to be among the most successful, has declined sharply.

But what's the point of these league tables? Are they just about creating a global report card with some countries passing and some failing? While these league tables show how schools are performing now, their purpose is to create an economic road map for the future.