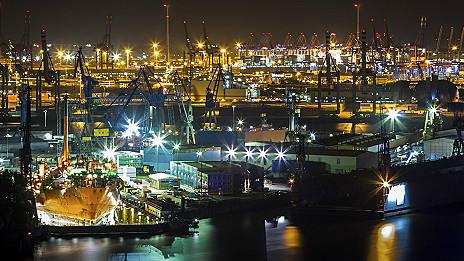 Artificial illumination is essential for an increasingly active shipping industry

With harbours operating around the clock, night time lighting is an essential feature for the shipping industry. But this study suggests it could have costly consequences.

Scientists at the University of Exeter in the UK say that artificial illumination is confusing some small clinging sea creatures. Some of these, such as keel worms, can cause damage when they attach to ships' hulls - and the bright lights seem to be drawing them in.

An influx of these animals can slow down boats and they are expensive to remove.

The light pollution is also having an effect on shade-loving sea creatures such as sponges, causing them to seek a home in darker waters.

The researchers are concerned that this is disrupting the delicate balance of these marine communities.