Are British consumers getting a bargain? 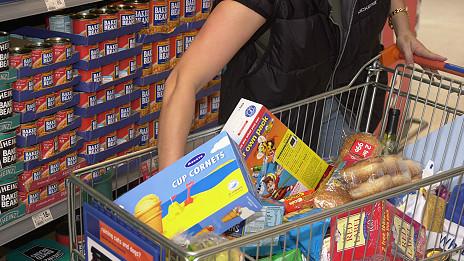 Money-off offers which don't offer money off and buy-one-get-one-free deals where 'free' is a pretty elastic term. The consumer pressure group 'Which?' said that customers were being bamboozled by a plethora of supermarket promotions which were impossible to understand. Richard Lloyd, 'Which?' executive director, argues that the sector was creating an illusion that products were being discounted:

"For years we've been uncovering dodgy pricing tactics in lots of the big retailers. We've tried to work with them to get them to change their practices, to get the pricing much fairer and clearer for consumers. And we're now saying enough is enough!"

About 40% of all groceries sales are promotions and 'Which?' said that customers were being misled into buying items because they believed they were getting a bargain. Prices were often impossible to compare with previous offers. Supermarkets hit back saying that Britain had one of the most competitive sectors in Europe with prices 7% cheaper compared to other European countries. Although some mistakes were made selling discounted goods, the British Retail Consortium said there was no evidence of a widespread problem.