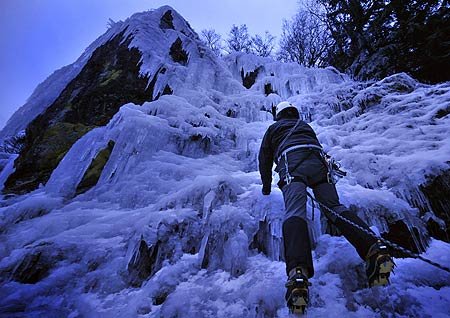 There’s no better time for campus clubs to organize trips, events and other activities than during the summer vacation. For students in mountaineering clubs, the summer vacation is a great time to travel far and take on new challenges. But experts remind students to pay attention to their safety when climbing.

Located in Tianjun county, Qinghai province, Tuanjie Peak, which rises to 5,826 meters above sea level, is the highest point of the Qilian Mountains.

Taking on such a high peak requires a lot of effort. Li and his teammates started preparing in May and spent 30 days training intensively before they set off.

Jiang Mengyao, an engineering mechanics major at Tsinghua University, strictly follows the club’s physical training scheme, attending almost every climbing skill and technique session. Though these preparations made Jiang feel confident about her safety, her parents think mountaineering is a dangerous activity that girls should not participate in.

“I kept telling them that I’m well prepared and that there are professional mountaineers who guide and help us. After discussing it with my parents thousands of times they finally gave me permission to go,” she says.

Despite their preparations, bad weather crushed their hopes. Several days of snow and rain around Tuanjie Peak forced the team back to base camp. Their attempt to conquer the peak had failed.

Speaking of the experience, Li can’t hide his disappointment. Even so, he says withdrawing was the only option because the team couldn’t risk the consequences of making an impulse decision. For mountaineers, thinking rationally is essential for their survival.

“We even have rules to help us form a rational team. For example, members of the same team should not be engaged in a romantic relationship. It may seem strange, but this rule was set by preceding mountaineers who learned from experience,” says Li.

“For university students, it’s best to regard mountaineering as a recreational activity rather than a profession. The main purpose of university mountaineering clubs is to teach students the basic climbing skills and techniques. If students choose to take on snow-capped mountain peaks, they should always act according to their physical ability,” he says.

Wang Yongfeng, vice president of the Chinese Mountaineering Association, advises mountaineers not to focus only on conquering a mountain’s peak. “Climbing a peak depends on favorable climatic, geographical and human conditions. A lot of accidents happen as a result of these conditions not being favorable,” he says.