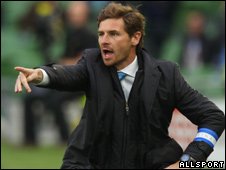 Andre Villas-Boas is tipped to be Chelsea's next manager 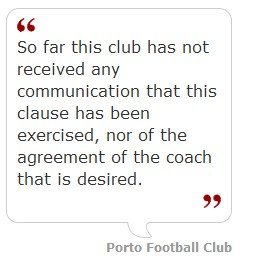 However, the deal is not signed yet as he has a clause in his contract 他合同里的一项条款 that only allows him to leave Porto should another club offer £13.2m for his services. The club says they had yet to receive an offer that activated the release clause.

In a statement it said "so far this club has not received any communication 通知 that this clause has been exercised, nor of the agreement of the coach that is desired." 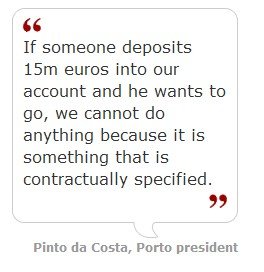 "Villas-Boas has a contract and a clause of 15m euros," he confirmed. "If someone deposits 15m euros into our account and he wants to go, we cannot do anything because it is something that is contractually specified 合约规定的。"

Villas-Boas, who speaks fluent English, was a scout 球探 for Mourinho at both Chelsea and at Inter Milan. He also worked with Sir Bobby Robson during the former England manager's spell in charge of Porto.

Numerous candidates 很多候选人 have been touted as possible replacements for Ancelotti after a season without any silverware 奖杯. Among them are Turkey boss Hiddink, Villas-Boas and former Fulham, Manchester City and Blackburn Rovers boss Mark Hughes.

It does seem Villas-Boas has a winning streak 连赢纪录 as Porto ended last season unbeaten in the league with 27 wins in 30 matches, becoming only the second Portuguese club to finish a league season unbeaten, after Benfica in 1972-73.